The brand NEW full-length from Kentucky’s THE HOOKERS, presented on limited edition vinyl.

It's Midnight... the Witching Hour!

“THE HOOKERS are back with a raging vengeance… and ready to fuck you up.” -Rue Morgue Magazine (4/5 Skulls)

“This is probably the best pure punk album I’ve heard in quite some time. It fuckin’ kicks ass and then some. Oh yeah, it’s plenty metal too…and again if you have a problem with that, don’t let the door hit ya where the good lord split ya on the way out. The Hookers are an institution for a reason. They know how it’s done, and It’s Midnight…The Witching Hour, goes to show that they are aging like a fine bottle of Absinthe. In fact a few shots of wormwood should go nicely with the listening experience. Killer shit! ” – Hellride Music

“Something’s extremely catchy with the new HOOKERS Patac is pimping. Steeped in a cauldron of toxins left by the band’s back catalog and heritage of heaviness, It’s Midnight is the bloodthirsty culmination of these veteran rockers’ sadistic expertise and relentlessly sociopathic punk passions. The album has a real classic feel; joyously morbid and instantaneously anthemic, with the show-stopper bombast of each of these 13 visceral death-knells soaring over carnage-darkened gaff hooks of guitar riffage. Adam Neal on lead shredded larynx, snarls and bellows murderous laments and death threat screeches at the helm of a traditional, careening hard rock horror machine. Satanic balladry and revenged crazed- retching feature prominently, to truly uplifting effect. Heavy gallops stomp home with grim shrieks and fist-shakes in the timeless, dark formula of rock and fucking roll. After a long death march strewn with dead posers, to have the journeyman lay their best at listeners’ feet like this is an act of generosity and greatness. As usual , the ‘bonus track’ is my personal favourite, “Teenage Blood” is the drinking song of Summer 2015 and beyond, and after heavy circulation It’s Midnight... goes with the heaviest of my new records.”
--Robert Williams from SIEGE 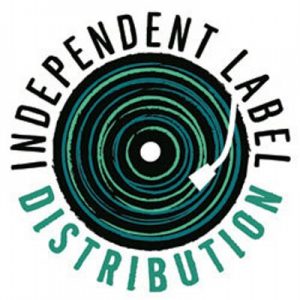